Diversity in National Security Network (DINSN) is pleased to announce the appointment of two Advisory Board Members, Marcus Coleman & Bunmi Akinnusotu, that will support and enhance the work of DINSN during their one-year appointment. DINSN Advisory Board Members lead a strategic effort as part of their appointment and we are so excited about the work you can anticipate from these leaders over the next year. Additionally, we welcome a National Security Fellow, Clifford Pulley, for the summer.

Marcus Coleman is a active contributor to building the nations resilience through leading stakeholder engagement efforts in the areas of emergency management and religious affairs.

Marcus co-developed the guide, Engaging Faith-based and Community Organizations: Considerations for Emergency Managers, FEMA’s course on Religious and Cultural Literacy and Competency in Disasters and led a nationwide effort to increase the safety and security for houses of worship. 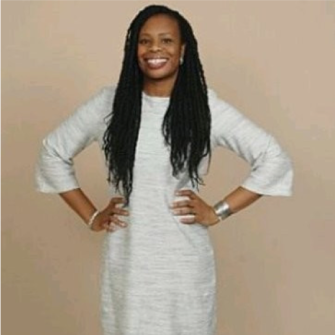 Deputy Director of the Rangel Fellowship

Bunmi Akinnusotu is a first-generation American who spent countless hours listening to her Nigerian relatives argue and debate world politics. Though born and raised in the rebel state of Rhode Island, the idea of a world outside of America has always been part of her consciousness and is the motivation behind this show. She’s got lots of degrees, worked for amazing organizations, and smiles at a dope Excel spreadsheet.

Bunmi is a recovering collegiate volleyball player, the world’s biggest Nina Simone fan and still has a love affair with Chicago.

By day, she is the Deputy Director of the Rangel International Affairs Program at the illustrious Howard University. In the late hours, she is the Host and Producer of the foreign policy podcast, What in the World? (@WITWPod) and Producer of her church’s podcast, Saved-ish (@Savedishpod).

Cliff grew up in Kalamazoo, MI and received his B.A. in Global International Studies from Western Michigan University in Kalamazoo, MI. As an undergraduate, he had the opportunity to study abroad six times, including to Singapore and Malaysia, Chilé, China (twice), Italy, and Uruguay. After graduating, he worked as a Project Manager in China for Whirlpool Corporation.

In addition to his studies in the Master of Science in Foreign Service (MSFS) program, Cliff serves as the community co-chair for the Diversity and Inclusion Group. He is particularly interested in international negotiations, trade, and Asian studies.

Cliff hopes to pursue a career in public diplomacy and service. He speaks Mandarin Chinese.

View all posts by Admin